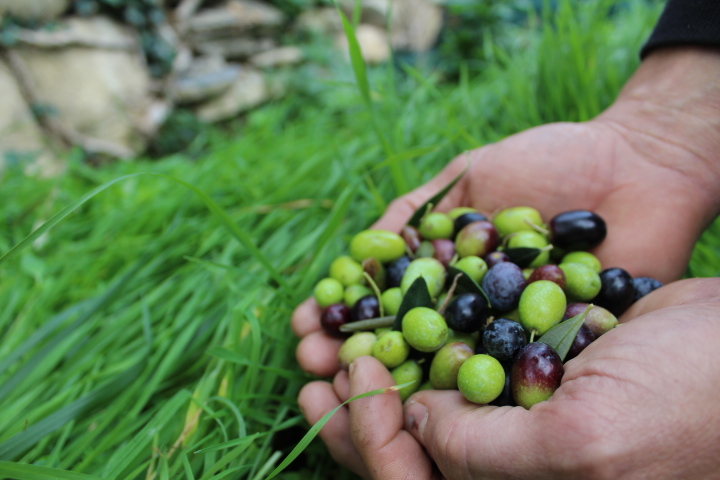 The 2015-2016 olive-growing campaign will certainly be a year to be remembered. One of those extremely special years that the history books indicate as infrequent. Things are certainly different today: the good growing practices already provide excellent support for a continuous production.

If the weather conditions are also favourable then the olive harvest will be a success.

The 2014-2015 season was not extremely productive for our olive grove. It was what is called a “non-fruiting” year. For this reason, it was decided not to prune the trees as this had been already performed productively in the spring of 2014.

On the contrary, it was strategically important to practise underground fertilization with a mixed organic compound (nitrogen, phosphorus and potassium at a ratio of 16/18/10) followed by spraying of half the trees with a foliar fertilizer to favour setting. It was actually an experiment conducted to obtain a reference for comparison in the field.

And the setting was generally good and favoured by the even distribution of days of rain alternating with daylight from a clear sky in the spring.

The weeds were removed by hand using a hedge trimmer along the edge of the terraces and on the stumps, while a shoot remover was run across the central area of the strip.

The presence of the olive fly was continuously monitored and a preventive antacid treatment, accompanied by copper, was not applied until October.

The good start of the ripening process led to quite an early harvest.

The November harvest was performed using olive nets by five workers over two days, and 3077.50 kg of olives were picked. The trees thus produced an average of 22.4 kg of olives each.

The final yield of 616 kg of oil, divided by the kilograms of olives, gives a percentage of 20 %, in line with a seasonal average for the area in that period. And this was followed by the certification and bottling phase.