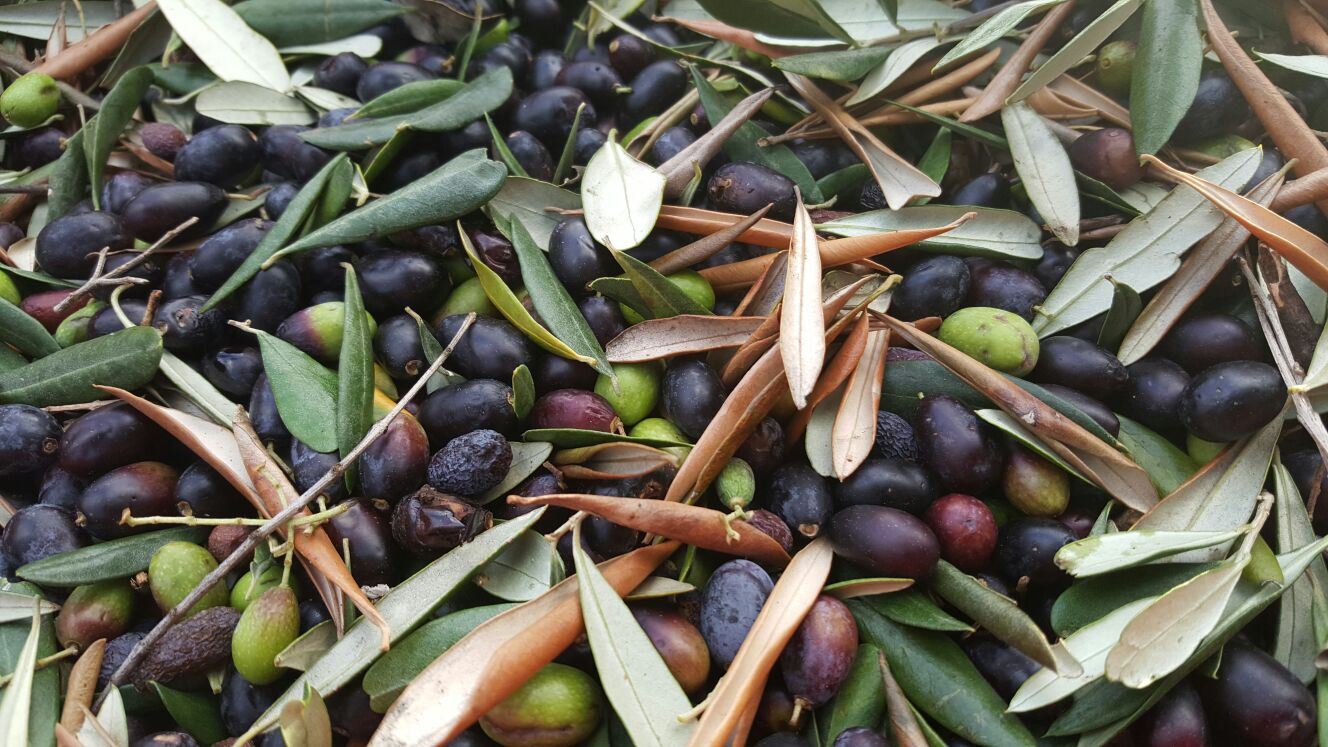 The 2015/2016 olive season was a great year for several reasons. Both the quantity as well as the quality of the oil were significant thanks to favourable weather and the absence of the olive fruit fly. A high yield season is normally followed by a low one. This is also particularly true for the Taggiasca variety and generally for the area of Liguria. The good harvest of the previous year meant a reduced number of flowers for the subsequent one.

To remedy this tendency, a series of good farming practices are used to promote  vegetative  (plant growth and development) and reproductive (linked to the flower and the fruit) activities.

Another now well established key practice is the early harvest. This is to protect the plant from physical and climatic stresses.

As regards the latter, the weather from the second half of 2015 to 2016 was unfavourable. There was, in fact, a drought, with heavy rainfall only in October 2015 and rainfall throughout the year at less than one third of the average.

Moreover, winter 2016 was generally warm and promoted the survival of the olive fruit fly larvae. This was followed by a series of unstable temperatures and hence high atmospheric humidity. From July onwards, temperatures were high during the day and low at night, with the absence of rainfall.

In addition to a limited fruit set also due to humidity on the flower and hence a variation in production throughout the territory came the most feared summer condition: when the pit hardens, and the olive becomes vulnerable to the fly, olive fruit fly presence becomes invasive. Moreover, with little available fruit, the fly struck the higher production areas harder. As a result, it was necessary to carry out a suitable treatment in three phases in observance of latency times.

In the summer months, maintenance pruning was an option to eliminate extra basal shoots, following radical pruning in 2015. However the particular vegetative conditions of the tree, which acted in its defence by producing few basal shoots, meant this measure was not necessary.

Another problem was water stress: dehydrated fruit, smaller than average tree size, early colour change, reduced production of shoots on the boughs as well as on the root, and premature dropping. In fact the olive tree, being an extraordinary plant, can regulate its resistance to drought. Only the first autumn rains and a drop in temperature in October limited this difficult situation, making the prospect of better production possible.

Manual weed cutting prepared the land for the harvest, which came early also in relation to the already pronounced colour change of the fruit.

With an arid season and pruning carried out after the last season, further fertilisation was not necessary.

The work carried out focused on the necessary. Weeding was particularly challenging, taking a total of two days / man (one day / man equals 8 hours of labour).  Manual weeding with strimmers avoids the invasive use of weed killers. The equilibrium of the soil is thus safeguarded.

Considering the olive fruit fly infestation, it was necessary to carry out three  anti-fly treatments, all controlled, in recommended doses and within the pre-harvest interval. The first was carried out in early July. Monitoring revealed punctures of over 8 %. They were flies that survived a relatively warm winter, inside fallen and unharvested olives. This work continued throughout the summer, so as to observe pre-harvest intervals. In general a nicotine-based product, absolutely harmless to humans, was also used, as well as copper oxychloride, a product allowed in organic farming for plant disinfestation. It all took three days/man.  Nothing more was done before the harvest.