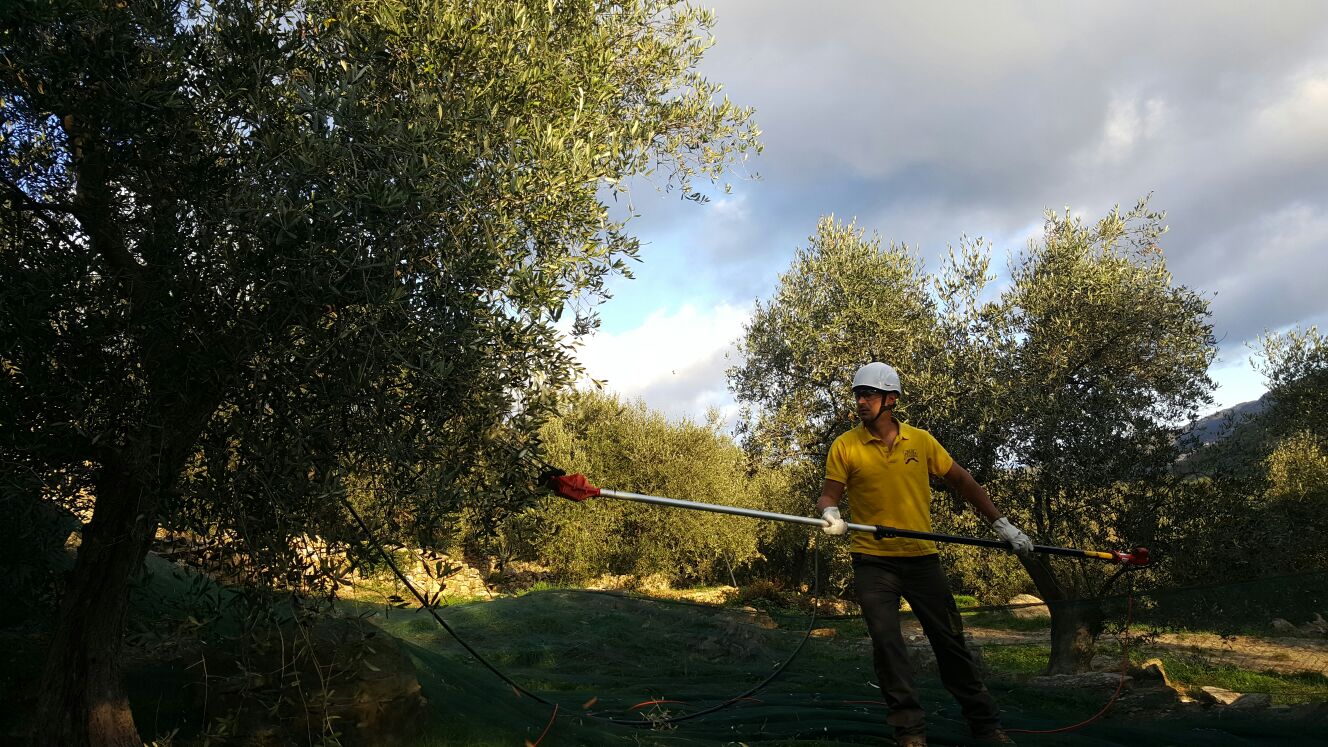 According to what was recorded regarding this year’s oil production, the moment for the harvest arrived in mid-November. It took place between the 14th and the 15th of the month, employing four workers equipped with portable nets and electric olive harvesters. It seems clear that the harvest took longer not only due to the nature of the terrain, which is terraced, but also to the reduced quantity of olives on the trees. Regardless, 611 kg of olives were harvested in what many were calling a “throwaway” year.

The olives were promptly brought to the mill and pressed, obtaining 115.72 litres of oil, with a 17.34% yield. This is slightly inferior to the productivity of the Taggiasca olives, but in line with the results in the area for this period.

On 19 January 2017 we were given the certificate of adequacy for the oil produced from the olive grove which we, as Consortium for the Safeguard of Riviera Ligure DOP extra virgin olive oil, manage in Lucinasco.

As stated above, we produced 115.72 litres of oil. The batch was subjected to organoleptic (test report n.292/2017) and chemical-physical (test report n. 291/2017) exams. The trials began on 16 January. After that, the batch of oil was proved to have all of the required characteristics to be named Riviera Ligure-Riviera dei Fiori DOP oil and could then proceed to the bottling phase, which we expect to complete in the usual 45 days period.

During the organoleptic exam, the panel fully observed all of the distinctive characteristics of Riviera Ligure-Riviera dei Fiori DOP oil: a nice fruity component, a subtle bitterness, and a touch of spiciness. It also possesses a degree of sweetness, which is a pronounced feature of the oil this year.

The chemical exam showed excellent results in terms of acidity, which measured at 0.2%, while the peroxides were at 12.3%, definitely more than the previous year but sufficiently average in terms of the overall results for the 2016-2017 production year. The result is that of an oil with a light fruity flavour, predominantly sweet and delicate, and ready to use.

← #laliguriaèun’altracosa. PDO Riviera Ligure Oil at the Gran Gala della Stampa of the Sanremo Music Festival
Olive growing and walls of terracing in Liguria in regional spot in the Sanremo Festival →